It has been too long

without the Frog Queen posting LOLcats.....but after a dry spell of "not so funny" posts....these cracked me up....

....now, not saying they are really funny....could be my lack of sleep talking......enjoy...unless you hate cats and I am sure if that is the case you already clicked off this post :D

Enjoy your day my blog friends!!!
As decreed by Chris 'Frog Queen' Davis at 3:26 AM 4 comments:

Conventions have eaten my life

I survived Hauntcon....barely, and now I have had my head down trying to get ready for West Coast Haunters Convention this weekend.

I am really looking forward to sleep.

Thanks to Guy at House Bloodthorn for the super cool t-shirt graphic!!!

See you all in Portland this weekend!!!  Come party with the Frog Queen!!!
As decreed by Chris 'Frog Queen' Davis at 12:23 AM 1 comment:

Proof that Dorie is evil

and has mind controlling powers (just like every other cat in the universe!)

The other night, one of the fabulous people that we are helping make the West Coast Haunters Convention fabulous...stopped by our house to chat.

She knew us, but not the house and its contents... mainly "the cats" - almost all of you know Hal, and he is happy with that....in fact, I believe that is his mind control power.....to be the center of every photograph and video shoot.

Yes, cats are evil.  I think that is why I have three.

So a friend was over and she (Dor) was being uncharacteristically present while we are talking (she is usually the "hiding" type) - but tonight she was being all kinds of misbehaving, which is the side of her husband and I are quite familiar with....but she rarely shares with strangers.

We (innocently) thought, isn't she being cute!!??

We were wrong....she was working the room!!

She convinced a person that had never been in our house to open the cabinet where the cats treats are provide her with said treats!!

After being all cute and innocent....which by the way was an Oscar worthy performance for anyone that knows Dor (look at that picture...yeah, hard to believe that cat can look cute, don't fall for it my blog friends!!).......she goes up to the door where the cat food and treats are and paws at the door, and bats those cute yellow eyes.

I helped the situation by saying........that she is doing that because that is where the treats are....she is just working you.

Before I can tell her not to fall for it, she is opening the cabinet and getting her treats!

I am only jealous because I suspect, there is a small chance, she is more spoiled than me.

I believe I am starting to have an issue with two Divas in the same house.......I worked hard for this crown and there is no way I am sharing it with a seven pound, likely demon host, gray ball of fur......

When you take a breath and actually pay attention to what people said about you...a while ago.

Here is an interview/article for the Davis Graveyard from last year.....I am really sad that I missed this one, this has to be the best example of our interviews...you know, what you say does not always end up in the interview....but she did a great job.

I have done so many interviews that have been.....not what I said, not wrong...just not the angle I was going for.  Not that they are bad....just missing the details that I thought were important......

Thanks for reminding me what this Davis Graveyard display is about.

BTW - Hal made me write this...cause any review that mentions him, is the best review EVER :D 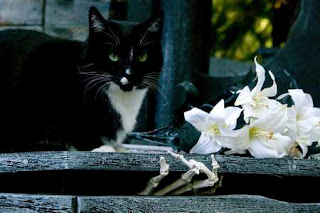 From where I am standing

I am having a hard time being here in blog land.

Sorry - just really busy and seems like everything I do is going ....not exactly wrong, but could be better.

I usually am so sure about things.....and normally I would say that this place is just a learning experience.

I am beginning to understand boundaries....but I am a long way from solving or reconciling anything....

But I have one more convention to finish up in a few weeks.....when I am through with that I hope I will be back in a sharing mood.

I really hope to see some of you at West Coast Haunters Convention.....we will be having the crew there (when they can be) and some of our big supporters......if I look beyond all the chaos....I am really looking forward to it.

I will be back to all you blog friends soon....please do not give up on me.

Just want you all to know that I think of you all the time.....and I miss you.

From the Frog Queen
As decreed by Chris 'Frog Queen' Davis at 2:11 AM 5 comments: 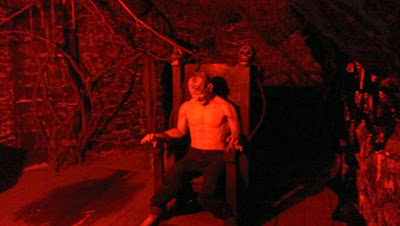 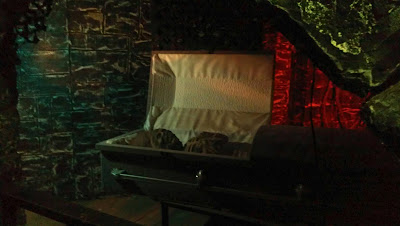