We are taking over the town

At least in October.  Husband is the chair of the Milwaukie Art's Committee ARTmob.  So he had them make some tombstones a few years back.  Every October we (I) get out there and put them in front of City Hall. 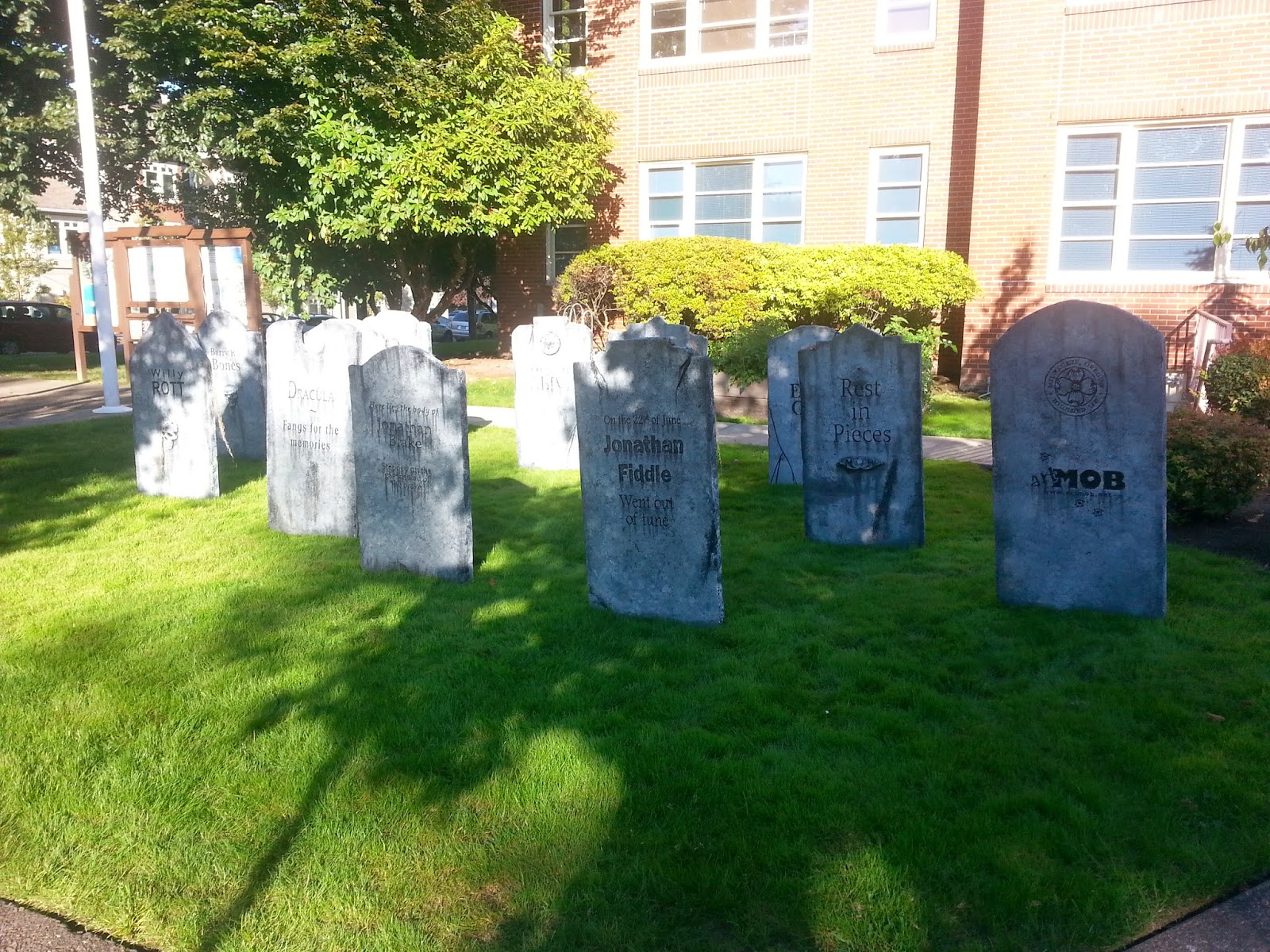 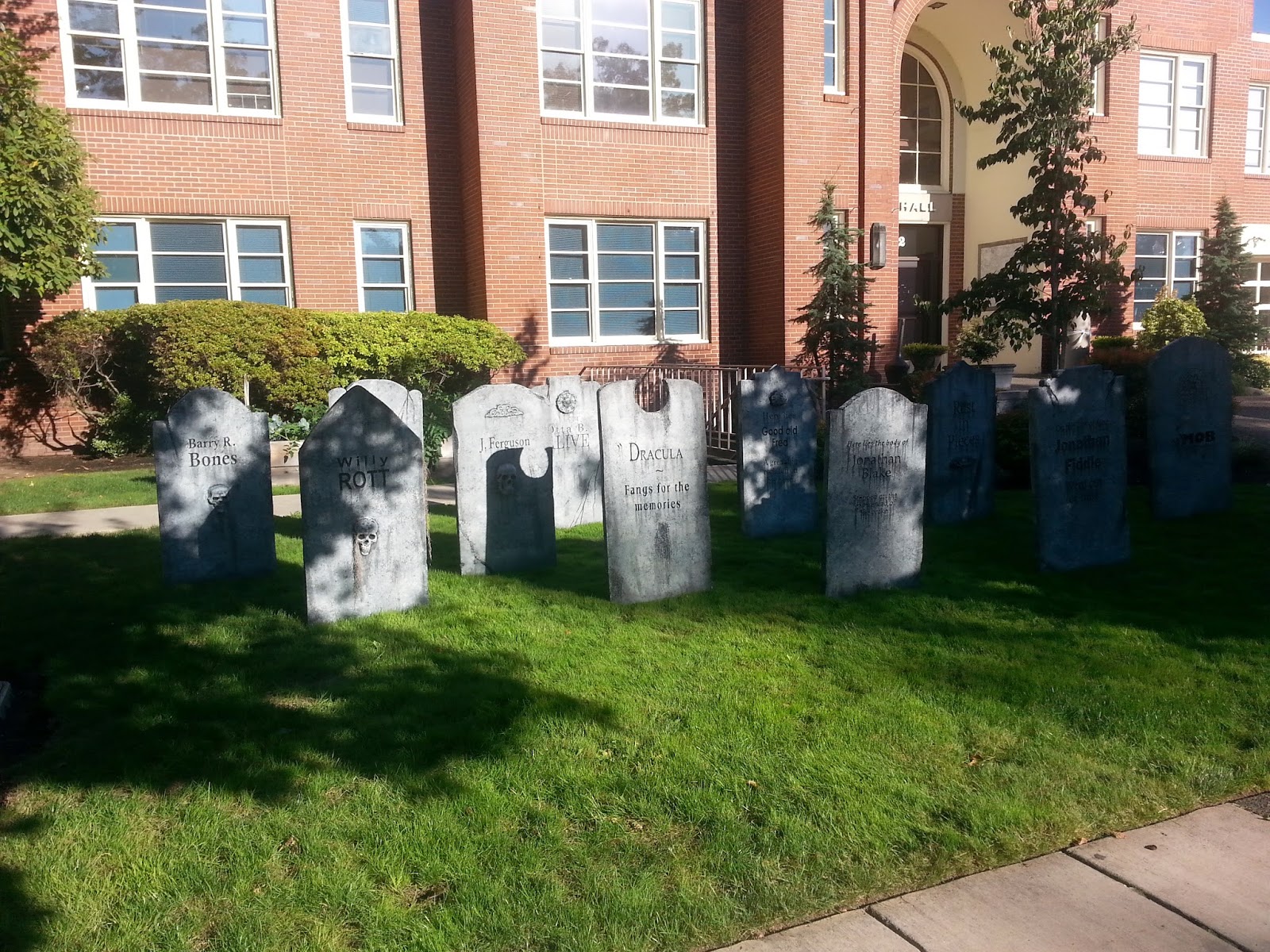 Inspired by Pumpkinrot's scarecrow contest submission years back, we also decided to have ARTmob do an annual scarecrow contest.  Each year the various groups, neighborhood associations, and residents create scarecrow which we display in the city hall graveyard.  They pick the winners a few days before Halloween. 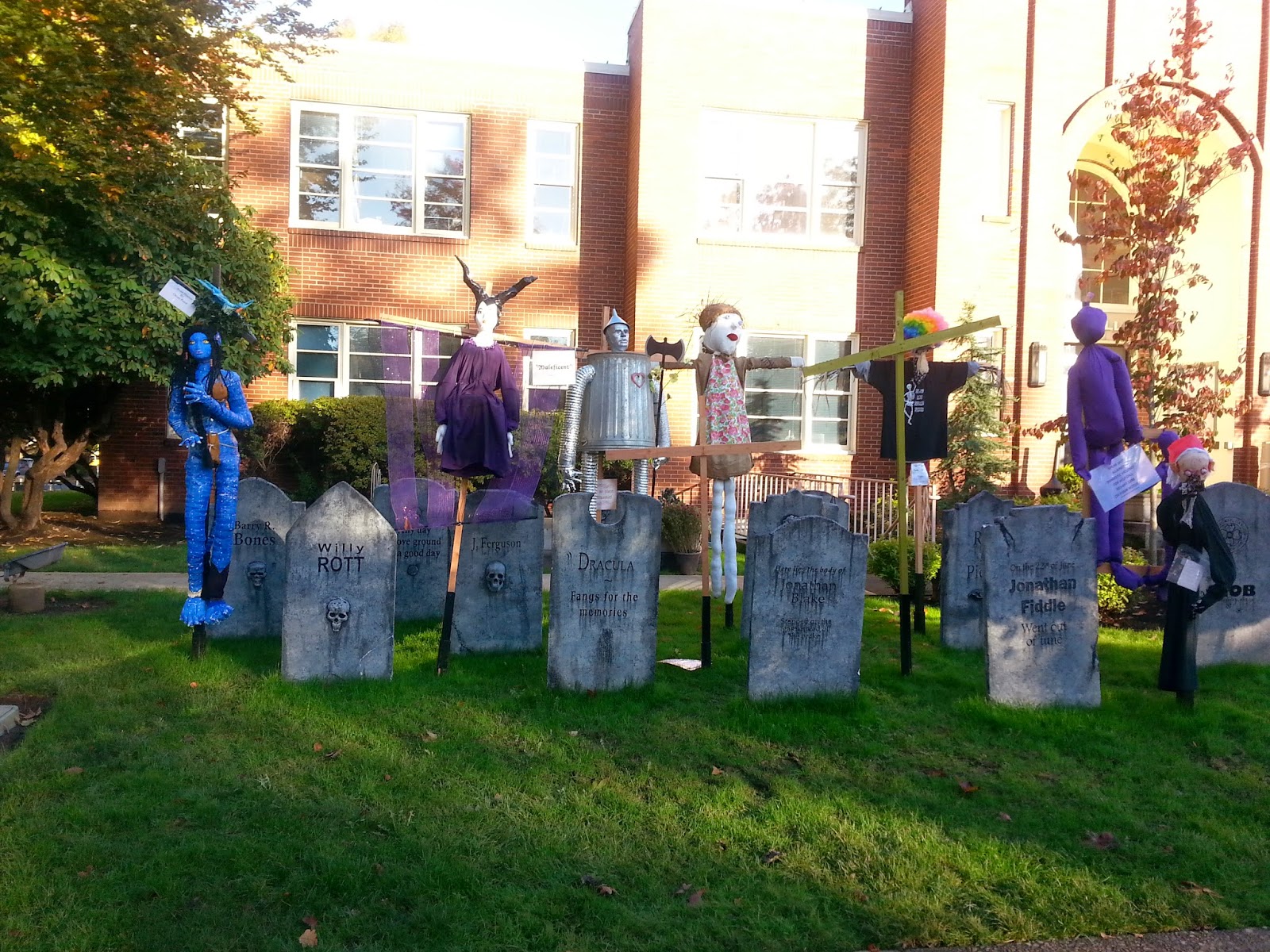 Had some great submissions this year and it is always a fun event....and no, Davis Graveyard does not submit...we think that would be kinda unfair :D  But we did make these two that hold up the ARTmob sign. 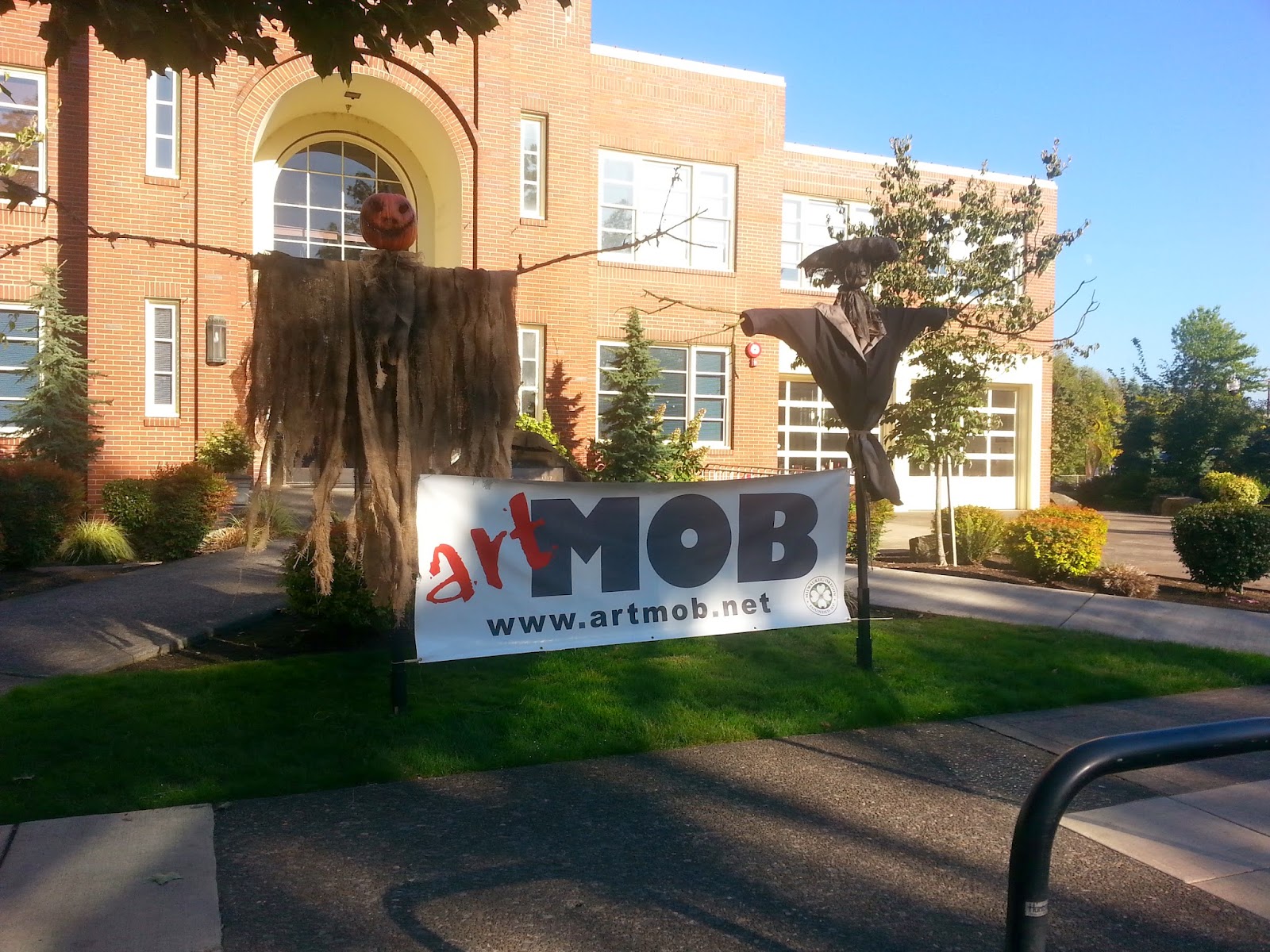