Who let the baby demons out 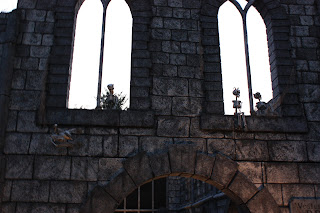 We got rid of a lot of props this last year, so I guess while we were busy one of the crew, or the EAD  (Evil Artistic Director)- who knows let the baby demons out of the shop.

We were going to wait until they were older and more mature to make sure they did not get in any trouble....but that didn't happen, so they got out and spent the whole month of October hanging in the abbey just high enough we could not reach them to get them back in the shop.

Demons....nothing but trouble!  In that good kinda way....you need demons and we can show you how to make them. 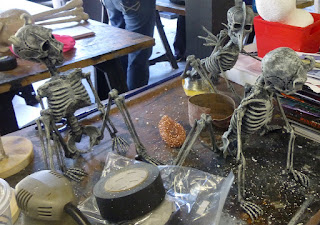 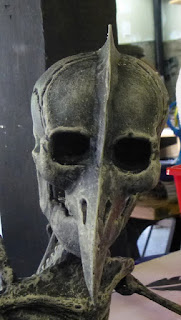 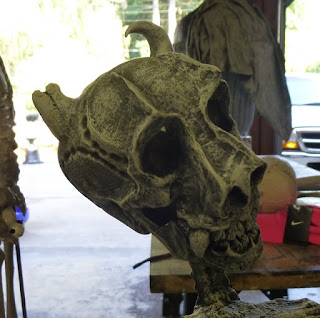 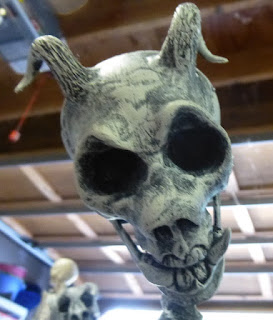 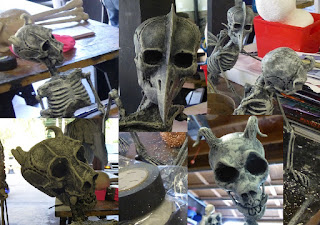 This was a great project headed up by one of the crew.  If you like these little guys and you are going to be at HAuNTcon in Birmingham the end of the month, sign up now....this class is selling out fast!

With all the death lately

Reminded me that this year we have to make a difficult tombstone for a lot of the crew who
are Terry Prachett fans.

Since there were so many quotes we could use and we could not chose, one of the crew came up with the brilliant idea to use his family crest. 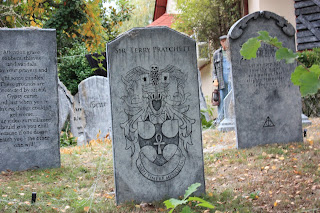 So I will leave you with his words....this sums up his sense of humor in his writing perfectly: 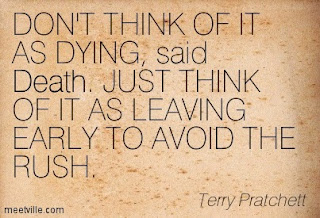 As decreed by Chris 'Frog Queen' Davis at 3:03 PM No comments:


Sorry these are a bit late.....but the is what the Graveyard looks like in December. 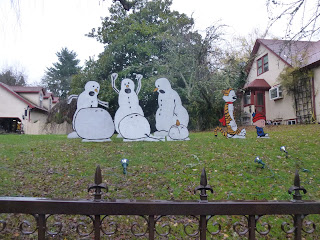 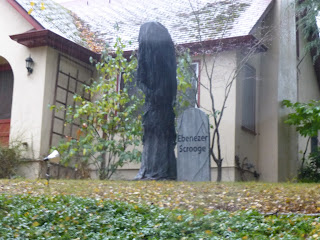 Her name is MoMo

The Davis Graveyard seems to have acquired a shop cat :) 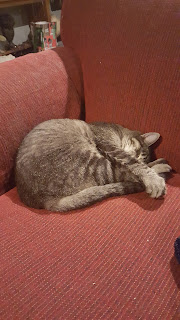 She was my neighbors cat until they got a new dog.....she apparently hates the dog and has made her home in the upstairs play room of the shop.

She is the sweetest cat, that loves when we are hanging after a build day up in the shop.  She is currently getting less attention, but appears to be staying.  So welcome MoMo to the Davis Graveyard.

BTW - Hal, the Halloween Cat, is not amused.

The Statue in the Tree 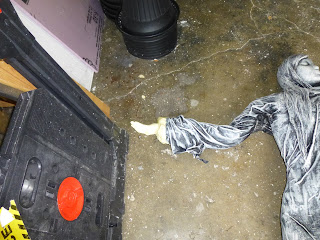 We always start building right after West Coast Haunters Convention.  This year not only did we start building props, but we put one in the yard.  She was going to go into a tree and need her arms out and her dress to flow so she had to be made on the ground.

Since she is a statue we could not have her wrisits ope (since a statue would not be carved that way) so we attached her hands and filled the wrisits with expanding foam and sanded it out to look like she is a carved statue. 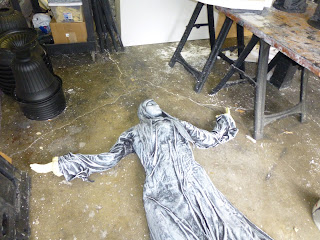 We wanted this to look like a statue that had been taken over by the tree and vines.  So in June, we placed 'The Lady in the Tree' in the tree outside the front door and started to move the wisteria vines on the tree to grow around her.

The vines grew around her all summer and died back a bit in the fall. But the effect was just what we were looking for. 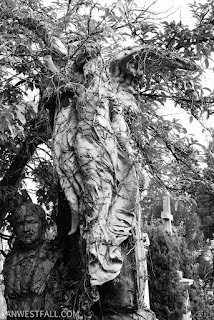 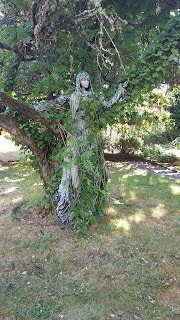 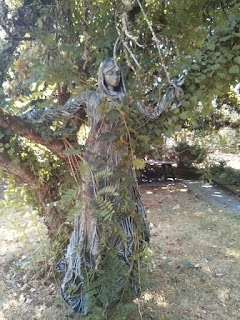 Unlike many of the other props we did not light her directly, you could only see her when the lighting was flashing on her.

She was sort of our 'Easter Egg' in the yard this year and was just stunning.

As decreed by Chris 'Frog Queen' Davis at 2:42 PM No comments: