I had to take "Hal" full name "Halloween Cat" to the vet after we got back from the West Coast Haunters Convention because he was doing his best chipmunk impression (infection in his jaw) and had a huge gash on his noes.

I had to leave him at the vet for a few days for surgery.........the graveyard was very empty without the official caretaker.

He is back ...but his graveyard duties are limited and he is relegated to handling his duties through the kitchen window until he heals.

BTW - few things really bother me.....but the vet telling me that my cat has to spend the night at the vet and when I call in the morning to pick him up and they say they want to keep him longer........yeah, that scared me!!! 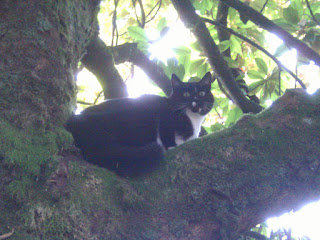 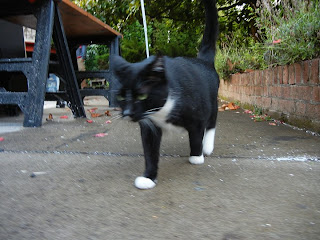 I do not want to imagine a build season without Hal's supervision/disdain.
As decreed by Chris 'Frog Queen' Davis at 5:44 AM