I officially can call it 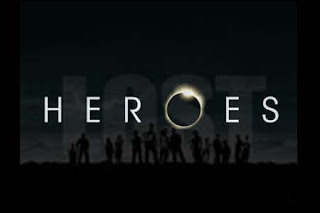 ros/Lost
Husband and I have been watching Heros. The first year was good. I did not complain too much, but by the second year I started comparing it to the worst show on the planet (in my opinion) LOST. (Rented season one watched it all weekend, a whole weekend of my life I will never get back.)

I have been calling it Heros/Lost for most of last year and it has irritated husband to no end. He hates watching the show with me because I have to mention at least three times.....in the first 30 minutes. :)

But last night - as if by a miracle - something happened on the show that solidified that I can call it Heros/Lost.

A plane crash! Seriously, the show ended with a plan crash (or about the crash.) Hum, that story line seems very familiar....where have I seen that before....could it be....yes, I believe it is LOST.

That's it, I am officially done watching.
As decreed by Chris 'Frog Queen' Davis at 2:28 PM