3-D haunted house I have ever been in was Shawano Manor during this last Hauntcon. I know I have mentioned before that I am not a big fan of 3-D houses, and this one was just too much for me. Half way through, I wanted out. :0

But I know that many people love this sort of haunt, so here are some pictures (courtesy of my friend Jeri) that will give you an idea of the haunt. This is a 100% charity haunt run by the local Beja Shriners. 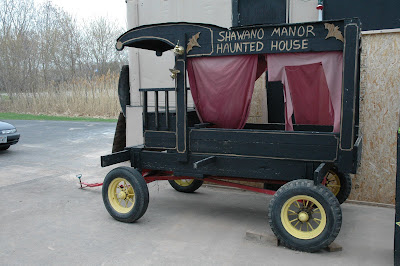 Although it is hard to see, this dot room was the one I mentioned earlier - a new twist on the dot room, they used geometric shapes instead of dots, and they are using the new large black light LED lights from our friends at Mini Spotlights. Bert was not only working on getting his haunt (Terror on the Fox) ready for the convention....he was also over helping this haunt set up.

Yeah, he told me he had not slept for a week :) 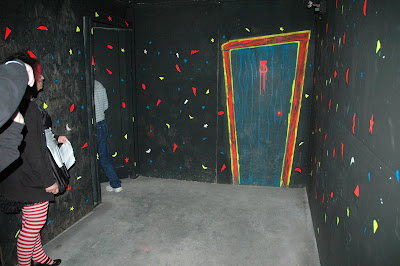 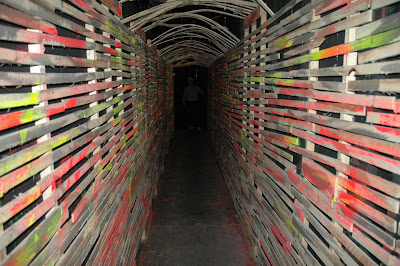 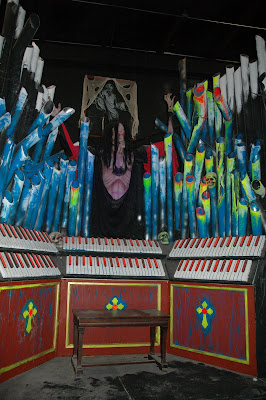 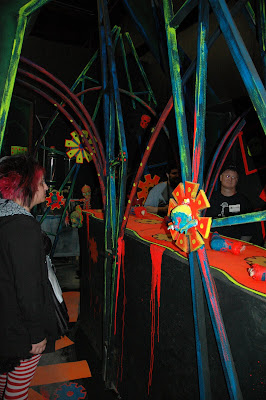