Using gravity is one way to do it


but seeing as we have now tested that method.  I really would not recommend using it .....ever.

(I was also going to title this post, how to take an abbey frame facade down in 45 seconds or less :D )

Here is what happened when we tried to take the frame for the abbey apart........

....first we removed the front support, we thought it would stand up on while we took it apart......

(usually "thinking" is where we go wrong!) 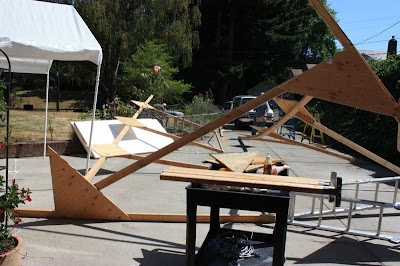 It was quite astounding actually. 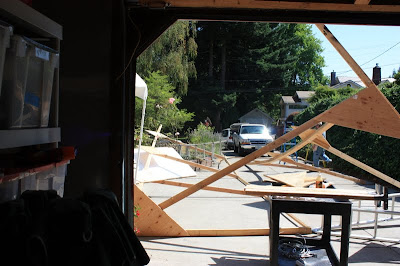 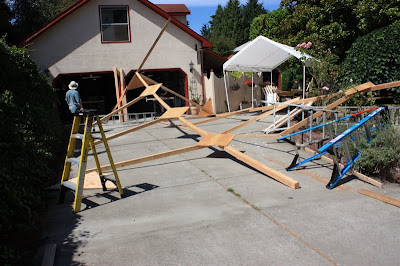 But no one was hurt - and the only real damage was to my Queen Elizabeth rose bush - she kindly broke the fall and saved the panels that it fell on. 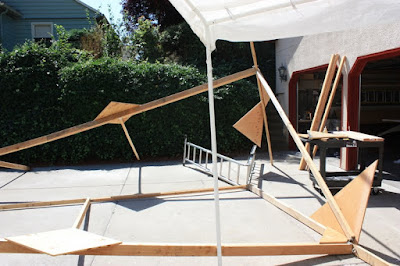 So a few panels got a bit of "extra" texturing.......and we had some tweaked joint connectors. 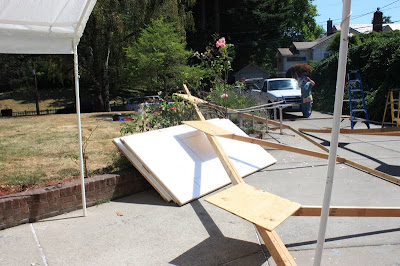 For as quick as this made the take down process......still think we are going to take it down piece by piece next time  :D

We look at it this way.....we got the "something will go wrong" bit out of the way early....way early, and I am okay with that.....not so sure the rose bush is....gonna have to give her some extra plant food this week.

Take care out there!
As decreed by Chris 'Frog Queen' Davis at 3:26 PM