The Frog Queen had a castle 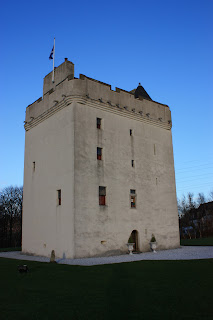 Here are pictures of Law Castle in West Kilbride on the west coast of Scotland about a 30 minute train ride from Glasglow.

Very cool.  did not get pictures of the whole place....but this should give you an idea.  The first is the castle from the outside, it dates back to the 14h century (how much of the castle is that old.....I do not know).

The second is the fireplace in the living room.

Third is the kitchen.

The last is the bedroom in the basement (not our room...but definitely one of the coolest! :)

Let me just say for as romantic as a castle sounds.....if you think about it they are actually quite rustic, charming but rustic.  And cold and drafty and cramped.....but you are staying in a CASTLE, so complaining is just really a waste of time :D 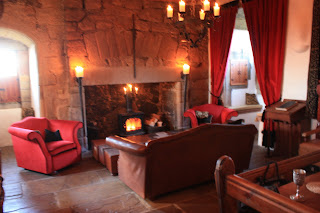 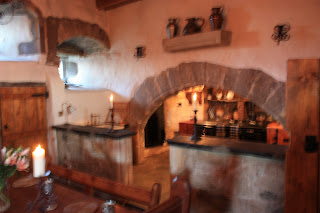 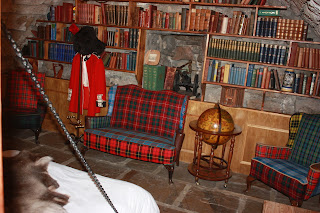