I have this problem

Well, actually, I have many problems.  But we are going to focus on one particular one today. :D

I love visiting graveyards....it is a good thing that husband drives most of the time because I would stop at every graveyard I saw.


I have to admit that I was a bit disappointed when we chose Law Castle over Darsie Castle....I coincided because we had already stayed at Dairse, and was not near as elegant as Law...but Dairsie has one VERY important draw for me.
It has a deconcrated church and graveyard about 30 steps away.  It is actually as awesome as it sounds.
Now, West Kibride, where Castle Law is located (about 30 minutes SW of Glasgow) did have a much larger cemetery....but it was not on the grounds.....but like I said before....I could complain....but I was staying in a castle.  And although it was a bit cold it was clear and bright most of the time we were there so a walk to the cemetery was not an issue.
On the way back from visiting the beach we decided to stop and take some pictures.  So here is a small sample.  It is a Victorian cemetery so none of the tombstones are very old (in comparison) but because of that most of them where in good condition and made for cool landscape type photos. I am working on a whole collection of graveyard photos from this trip, but I have bit of Photoshop work ahead of me.  So these will have to do for now.

In this top picture, you can see Castle Law in the background (tall white tower building.) 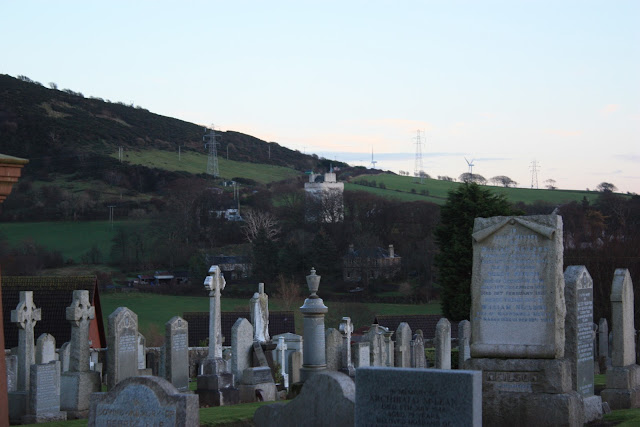 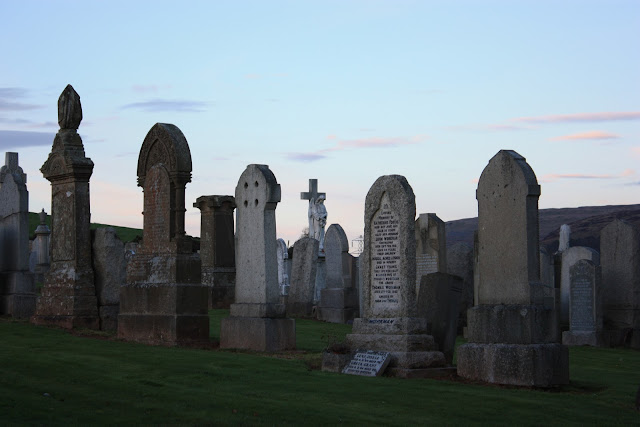 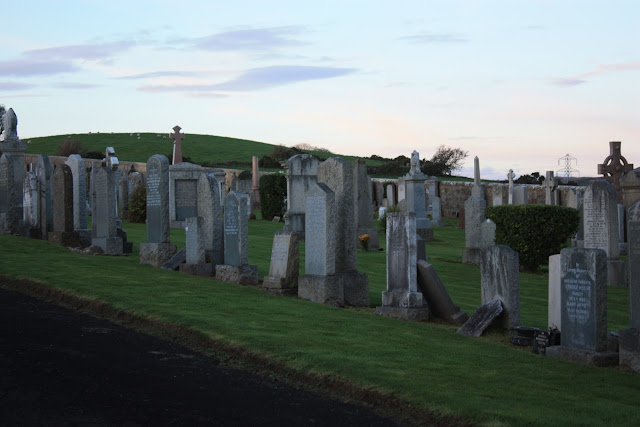 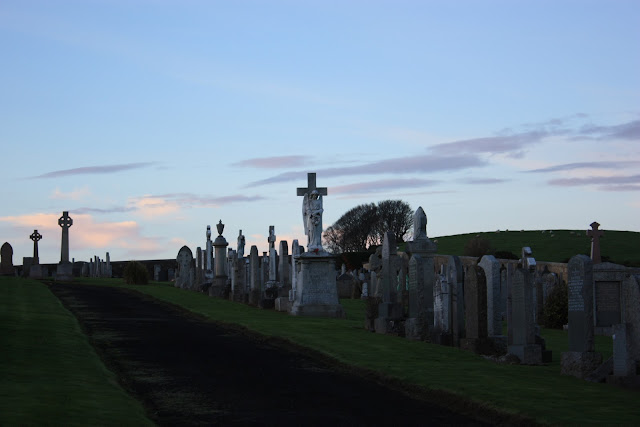