MJ visited the graveyard for our open house. We were not sure he would show, we knew he would be busy this time of year :D 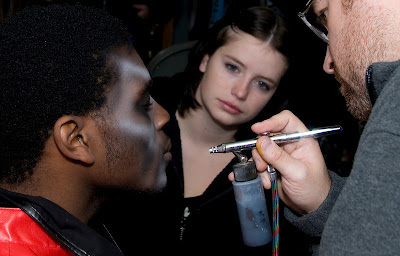 Actually, the Michael Jackson part for the dance team was an on and off thing, so we did not say anything about it because we did not want to disappoint anyone.

But about a week before the event, the dance teams hip-hop coach decided that he would love to do the Micheal part for both the open house and Halloween. 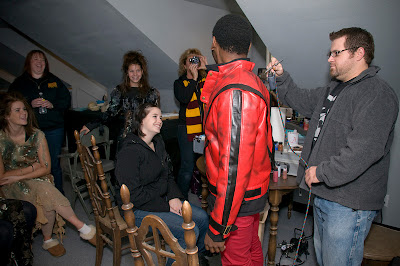 So, we paid about as much in shipping as the coat costs to get one here on time. It was all shinny and new, so our friend Matt used a bit of paint on it to make it look a bit creepier.

I have to say that the first time I saw the routine and saw the reaction of the crowd, I got goose bumps. :) It was worth every penny.

He did a great job dancing with the team and was the hit of the event. I don't think he got much down time, since every kid (and quite a few adults) wanted pictures with him.

Very fun event. Thanks to Tim (aka MJ) and the entire dance team. We raised almost $700 that day. They will be back on Halloween night selling concessions and taking donations! 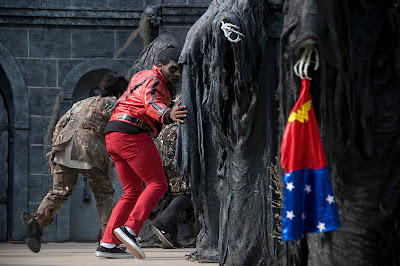 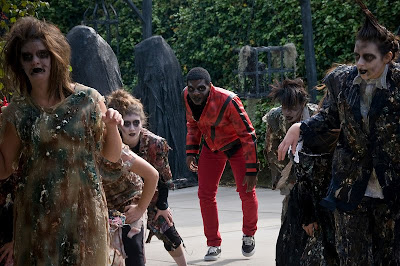 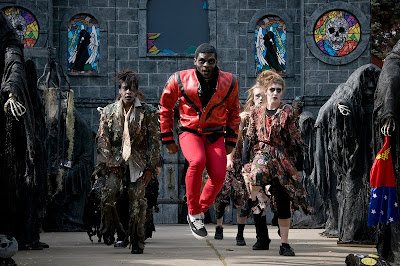