I come to you now

because, honestly, who does not want to see a robot skeleton sidekick on national television?

Craig Ferguson (of course I like him !)has been joking about having a skeleton side kick on his show and I guess Grant from Mythbusters heard about it and threatened to make him one if he could get 100,000 people to follow Grant on Twitter. Cool huh?
At this point it makes no difference if you like Craig or not....you gotta want to see a robot skeleton sidekick!!! So, please people for the love of Halloween and skeletons......go follow Grant Imahara on Twitter!
Go, right now, stop reading this blog and follow @grantimahara....and when you are done, ask your friends to do the same. Queenie really wants to see a robot skeleton side kick!!! 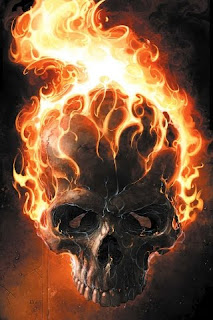 Grants last twitter update to Craig asked if CBS had a policy on flame throwers on late night?!?!
Flame throwing skeleton robot.....that could just be the coolest thing.....ever! :D
As decreed by Chris 'Frog Queen' Davis at 9:15 PM