It is not always how

you create something.....it is the finished piece that matter most.

I know that, I have been through enough experiences that it should be etched in my head.....but it is not.

I still continue to try to project my way of doing things on a project, with the same usual disaster...... 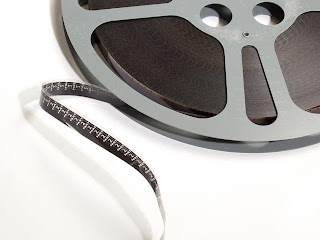 So this year we needed a video of a year long campaign (at work, for our Annual Meeting presentation) and I thought this would be a great opportunity to learn my new Adobe video editing software. I was thinking...how hard could it be?

As usual, most of my problems started with me thinking..... :D

I mean, Premiere is an Adobe product....I have been working with their stuff for...well, let me think....yeah, it was original owned by.....wow, I am old!! Let's just say "forever".

I started playing in Premier and thought....how fun! This is the coolest program, so much better than that crap program "Pinnacle" that husband uses :D ......I will have this done in no time!!! This is going to be great!

The more I worked on the project the more I learned that this software is so complicated (dynamic) that it makes Photoshop look like a toy :D

(I never thought I would ever say that!)

My happiness soon turned into a nightmare when I realized that I really had a lot to learn......this was not going to be as easy as I thought....

So, off the the forums I go....many wise people advised me that After Effects is what I needed.

So I opened it up and went through a few tutorials!

I was in LOVE!

If anyone follows me on Twitter or Facebook, you may have noticed that I proclaimed that After Effects just may be the greats software ever....I still agree with that, I am sure it will be, as soon as I figure it out :)

Anyway, I am working in it and create some nifty titles sequences and simple text animations......and then I tried importing those into Premiere.....which should be easy right? I mean they are both Adobe products and they claim they work together......well, they do....and I have a lot to learn on exactly how to do that without f*ckin up the whole project.

I call a good friend who works at an animation studio here in town and get some training on After Effects. He helps me (as much as he can) over the phone to answer my panicky questions of "why is it not working!!!!!'

While talking to him...he says, why not do the whole thing in After Effects, we do? Really...but I have already done hours of (admittedly not that great) work in Premiere....can I just import that into After Effects....."you can try" was his response.

For the record, not as easy as it sounds....basically, I was told by other very wise friends. that recreating those pieces in After Effect would be easier.

I really don't need to hear that!

Not that I have not always worshiped my friends that make cool animations.....but I have an brand new respect for what they know. Not only are they super creative...they have mastered this software.......I feel really small right now :D

I am running out of options, so I ask them if they can help me, for a insulting amount (I know that it was, even though they didn't say that :D) - and they would love too, but they are super busy working around the clock on another project......

So, I breakdown and play my last card, and this one is going to cost me. I ask husband if he can help me.

"We have to do it in Pinnacle." is his response

Now, he knows that I have been telling him that we should really learn Premier and drop that silly, simple Pinnacle program.

So here I am in a place where I have to admit that that same silly, simple program is going to save my butt!!

"Okay, anything as long as it works" I admit, head down and feeling very small again.

To fast forward through the rest of it....we did it old school. If anyone has ever created animations, let's say gif files, before Flash, in Photoshop, you will know what I did.....created every single screen as an individual image and animated it through transitions.

Not elegant, and a bit time consuming....but I knew how to do that and husband knew how to make it happen.

After a few days, we had a finished project that was exactly as I story boarded it. So I guess that goes to show, it is not how it is created, it is what is created.

So, at that point, I thought I was golden.....this is going to work perfectly....

again....that is what I get for thinking :D