that the streets in this amusement park were the inspiration for the abandoned amusement park in Spirited Away (if you have not seen this movie....do so, it is amazing) It is very hard to find many pictures of the inside of the park....something about security guards chasing out photographers :) 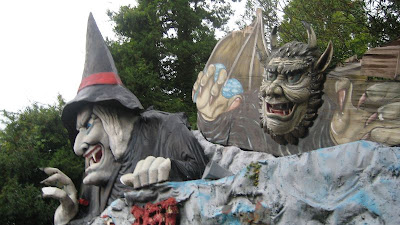 Nara Dreamland was a theme park near Nara, Japan which was built in 1961 and inspired by Disneyland in California. On August 31, 2006, Nara Dreamland closed permanently.

This brave soul ignored (what hero!)the security guards long enough to grab a few shots from inside the park, from his shots I found the only picture of a ride that I can only find referenced on an old map as "haunted house" - so I do not know if it had a name.

This picture gives you an idea of what the park looks like now and if you have seen Spirited Away, you can see why it is likely the area that inspired the park for the movie. 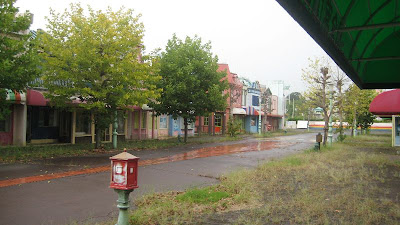 He has a lot more great pictures to check out.
As decreed by Chris 'Frog Queen' Davis at 7:30 AM