When I first saw

the name "Rocky Point", as a haunter, I immediately thought of the the famous (and also defunct) haunted house in SLC.
I found that there was a much older park in Rhode Island also called Rocky Point Amusement Park (more info here) it was a highly popular landmark on the Narragansett Bay side of Warwick, Rhode Island. It operated from the late 1840s until its close in 1995.
It has a very sad story as that it appears the park only failed because of some bad investments in some other businesses. :( It was so famous and so missed that there was even a movie made about it called "You Must be This Tall" and there was even a comic book created. Very cool and sad. . . . why did I start doing these posts? This research is getting a bit depressing. :D
Upon researching their haunted ride called (actually it had several names) "House of Horror" that was a traditional dark ride with cars that lead you through an extensive haunt. (click here for a lots of history about the ride.)
Anyway, sadly the park closed in 1996 and by 2004 the ride was all but gone. 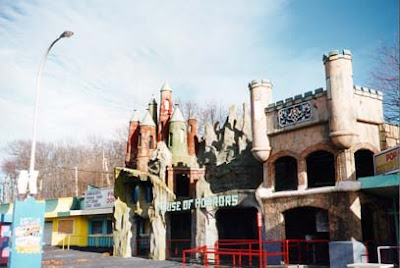 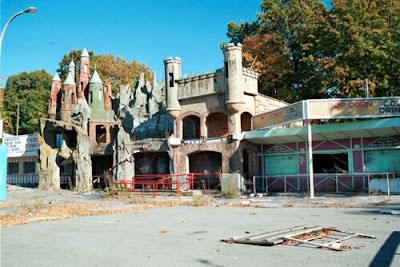 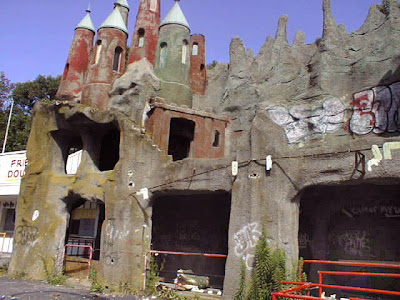 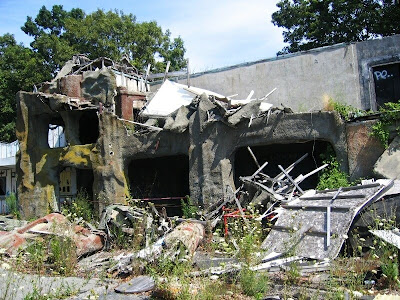