So while we are talking about circles

we should mention Avebury.  Like I said in a previous post, I have been out there way more times than I would like to admit without stopping by.....my mistake.
Just like Stonehenge these stone were also buried at one time when the church told them to remove all pagan worship sites.  So instead of breaking them up (many of them were in fact) - which was the instruct, they knocked them over and buried them.  Smart.
Well one day a man by the name of Alexander Keiller  decide to resurrect them and went about the process of standing the stones back.  Interesting enough they found the remains of a man when they lifted one of the stones, he had been standing on the wrong side of the stone when they were burring them!
Avebury makes Stonehenge seem like a child's toy (it is the oldest stone circle in the world).  In fact it is really hard to take in the magnitude without looking at an aerial photo.
It was very cold but clear that day, and quite lovely.  My favorite part is that the gates to let you in and out say not to let the sheep out and watch of sheep droppings. :)  Talk about not being too precious about your historical sites.  I love it, it is usable land, why just fence it all off and not use it....besides I think for as large an area as it is....the sheep are cheaper than a lawnmower. 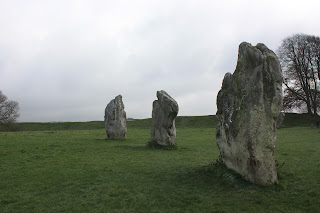 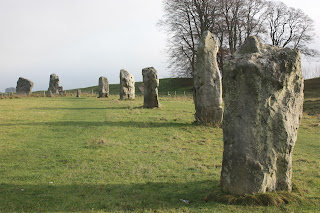 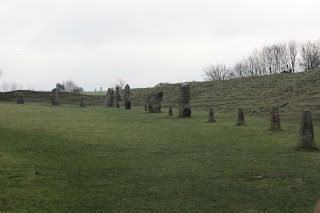 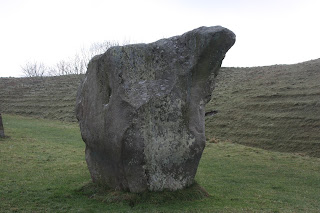 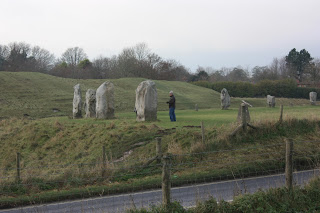 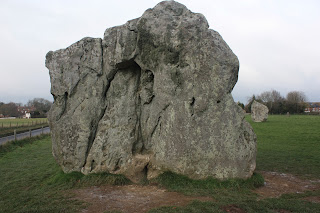